Are there too many controls, buttons, dials and settings on digital cameras?

Sure, the cameras are soooo compelx nowadays and with new touch screen designs the cameras get screwed up almost if you blow on them. If we are talking about cameras that are marketed to street / doc photogs, the poor designs must be developed by camera fondling engineers that don’t know any better. For if they were street photogs they would know the designs will fail.

My system for cameras I can’t figure out to adjust? (or take too long to adjust.)

I leave them on the dummy setting. If I start fiddling with them I can’t figure out how to get them back to a usable mode a lot of the time. For my other cams…I practice, practice and practice to be one with my cam.

Being one with your camera may sound kinda corny, but that is the best way to put it. When you shoot, you don’t want to have to think HOW, you just want to DO!

I’m an old film photog, back in the 1960’s / 70’s it was much easier to be one with your cam. We only had a few controls on the cam…shutter speed, aperture and focus. Some of the later cams had a built in exposure meter. If not, we used the rule of 16.

Or we would take a handheld light reading periodically. Don McCullin was known for constantly taking light readings.

Nowadays, with the modern cams, being one with your cam is not so easy. The cams are designed by camera fondling engineers. As such, nothing is easy to manually adjust.  It is especially tough if you own a few different brands of little cams. The controls are all different on them. 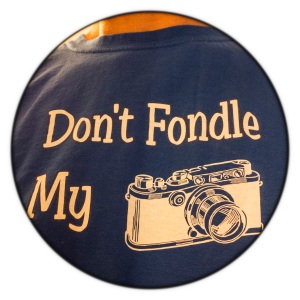 When cams were basic, it was no big deal going from a Pentax to Nikon to Canon to Minolta to Praktia to Leica. The Leica had a rangefinder, but other than that the basic controls were the same between all the cams… shutter speed, aperture and focus.

Personally I don’t bother trying to be one with my Sony P&S pocket cam or my M43 gear. I know enough to shoot them on the dummy setting but that is about it. I don’t understand how to adjust menu after menu, fast on the fly. Even if I did, I’d miss the shots by the time I reset everything. Still I produce some nice work with them on the dummy setting. What I do work on is being at one with my DSLR and Rangefinder gear.

Jimi Hendrix used to carry his guitar around the house all day long picking and playing it. What’s the old saying….practice makes perfect.

While you don’t have to do the same as Jimi with your cams, you can do an exercise that will help you improve a great deal. When you watch TV practice shooting the screen. It is a great exercise for timing, composition, fast shooting and learning the controls. 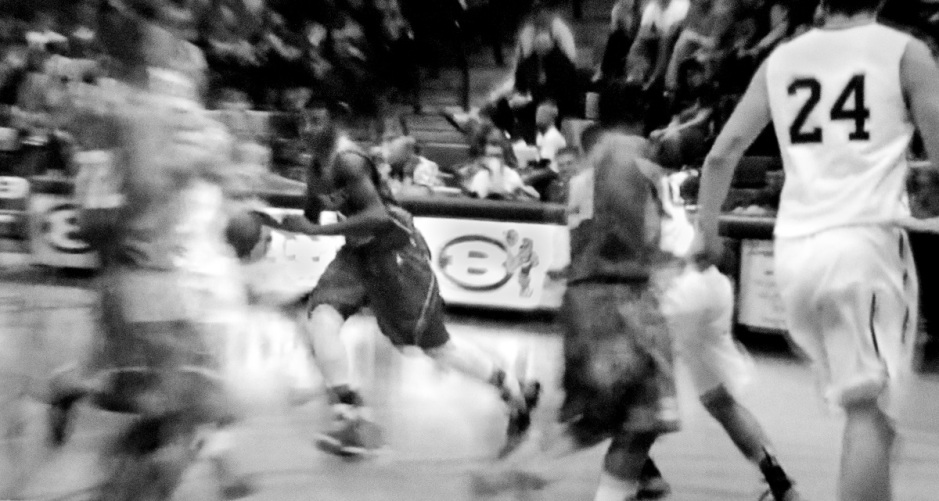 A shot from my home TV 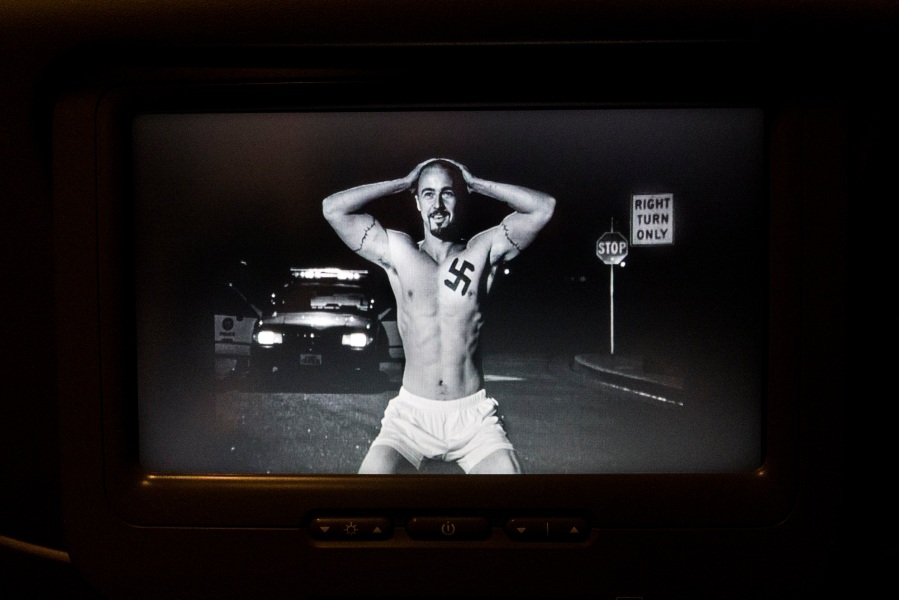 A shot from an air flight…no excuse to not practice wherever there is a TV. 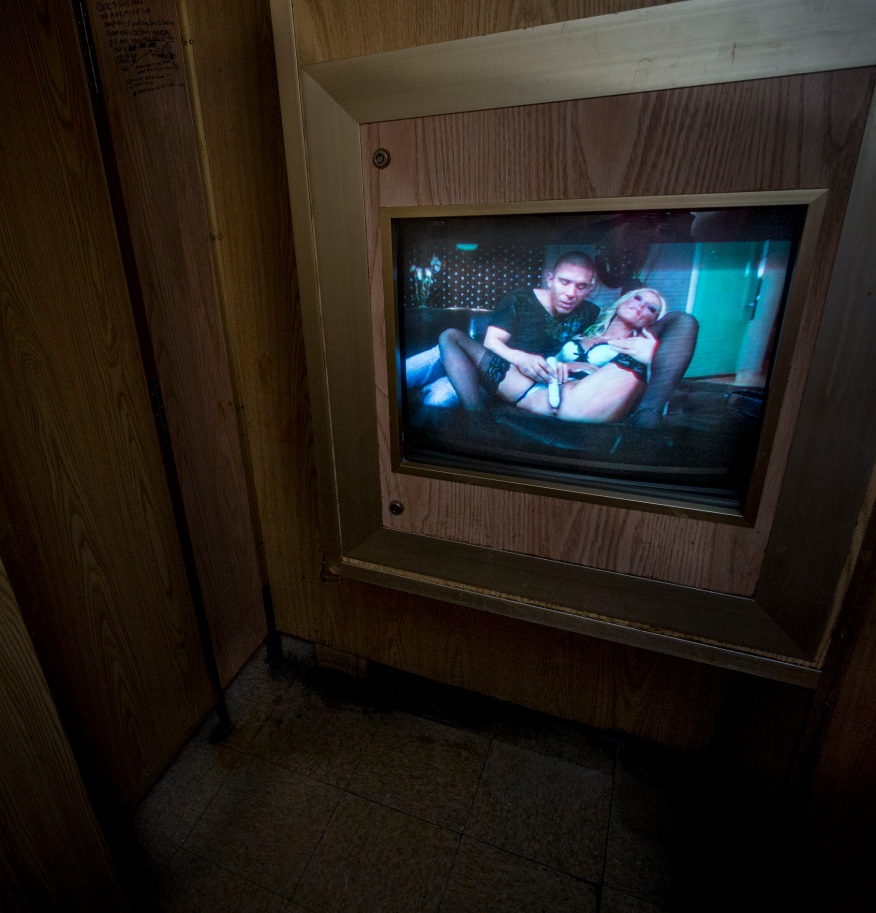 Even if you find yourself in a peep show booth, while making a book about Amsterdam…shoot it!

Some photogs produce museum pieces from their TV…

When I shot this project I had to do it 4 times.

I used the Sony pocket cam first. The pix looked good in-cam, but on the computer they were poor. I reshot it with my DSLR. Things went better, but there was a reflection on the TV screen due to a room light. Reshoot #3 and things improved without the light, but still not perfect. A 4th shoot got it done.

All during the 4 shoots I noticed how I would shoot at the exact or almost exact timing when going from one shoot to another. This strip will illustrate what I mean. I got basically the same facial expressions in all four reshoots. I wasn’t trying to do it this way. I just naturally focused on the peak expressions, best comps or an interesting scene..

If you not one with your cam…give this exercise a try. If you like to shoot street style, shoot TV shows where you don’t know what is happening next. If you want an exercise like I did with Gone…Up in Smoke, shoot DVD’s where you can repeatedly shoot the same scenes and compare the results.

This is also a good exercise for those bedridden and in recovery. If you can open your eyes, raise your cam and push a button…no excuse not to shoot and stay in practice! 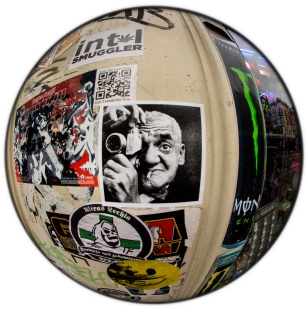