Would you ever pay a person to take their photo?

Would you ever pay a person to take their photo?

That was a question posed on one of the online blogs. They were not talking about hiring models for commercial shoots, they were referring to documentary photography or street photos.

I find more and more people are requesting $ for photo access. Many people are having a tough time getting by in today’s high priced world and a little extra money helps buy some essentials.

(…shot through my windshield, unfarmed, while driving to the airport.)

With my own work, the general rules I use are:

(BTW, he had a set of different signs. If one sign was not producing he would pull out another sign.)

The homeless guy below was trying to sell a candy bar. I grabbed a quick candid shot while walking by. I didn’t buy the candy bar or give him any money. 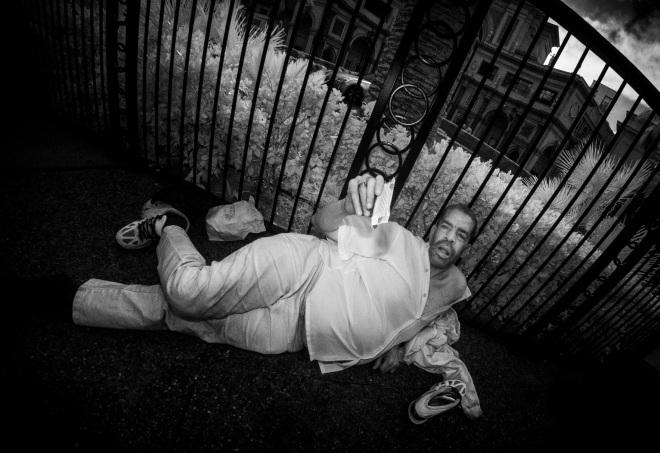 People know the photog ‘needs subjects’ so they can successfully press the button if they specialize in documenting the human condition. So, if the photog needs a subject, it is not out of the question that the person wants something in return for their time.

Back in the 70’s photography was esoteric…now a toddler can do it…even a monkey can do it! I still approach people to let me into their houses to document them, but I very, very seldom get any takers. Nowadays everyone has a cell phone cam and a inkjet printer from Wal-Mart. I’m effectively shut down. They are self-sufficient and don’t need me.

Sure, I’d pay if I want access to shoot a person if they wont give me photo access for free.  Seems to me if a subject requests money for access and the photog does not want to pay, the photog is trying to exploit the subject by getting around a honorarium request.

Bottom line…a photo is either honest or it is a phony – paying money for access has nothing to do with it. If you like the subject that much, pay them. If they are not that interesting to you, don’t pay them.

“In many cases good photojournalism comes down to who’s got the best fixer.”

And fixers don’t work for free. I’ve had to pay a few people for access. Other times even money wont gain access. When I first met Barbara LeMay in the 1973  I paid her $20 for photo access. She lived in Hollywood and worked at various business ventures from modeling to sewing for strippers to adult entertainment. Her body was part of her livelihood. Should I have been an anally principled photog and told her, “No Barbara it is against my principals to pay you for your time. You cannot eat off me or pay your rent.”

Yet, when it come time for all the sunset and burning steel wool photogs to demand money for their generic crap they MUST be paid.

This next shoot did not require any $…she was happy to get some free photos.

When I did this next project I had 5 days to make a book. No time to screw around.

I would be fooling myself to think I can go to a strange city for 5 days and make friends with prostitutes to let me have photo access to shoot them for free. Just not going to happen…esp as a male. Maybe women can make friends over time with prostitutes – but males are always looked at as customers.

I tried paying 40 to 50 girls for 5 -10 minutes of time. The few that did accept a pay for access offer ended up cheating me. So I put my highly honed doc skills to work, left the money and aggravation out of the equation and just took candid pix. That suits me fine, I’m not really a people person when it comes to interactions anyway. I’m more like Cartier-Bresson…I just like to press the button and stick to candid street photography which I excel at.

Same with this project…I only had a few hours to shoot the photos for an entire book project. Since I am a fast shooter and highly skilled at documentary photography, I was able to finish the principal photography for the book in 4-1/2 hours…but I had to pay for access.

If I did not offer an honorarium, I doubt whether I would have received any interest in the project. Over a 6 week period of advertising for a subject I received 21 applications for the project. As things progressed, 20 out of 21 eventually flaked out. That is pretty pitiful reliability odds for booking a $2500 dollar trip to L.A.

If my last person had flaked out I would have had nothing to show for that trip…if it was a single project trip. But having nearly 50 years shooting social doc work I know how people are. I had scheduled to shoot for 6 book projects during my L.A. trip. Even if one or two projects were a bust I would still have something to show for my investment.

Pay to play is nothing new for photogs. I read a bird photog had to pay thousands of $ for boat charters and chum bait over a couple week birding trip. While the birds didn’t require a direct payment of $, they still required food to cooperate.

I had to pay nearly $200 for access to get these shots. The people didn’t charge me any $…the $200 was for a  ticket to get in. (Plus I lost close to a thousand dollars from broken and damaged gear.) 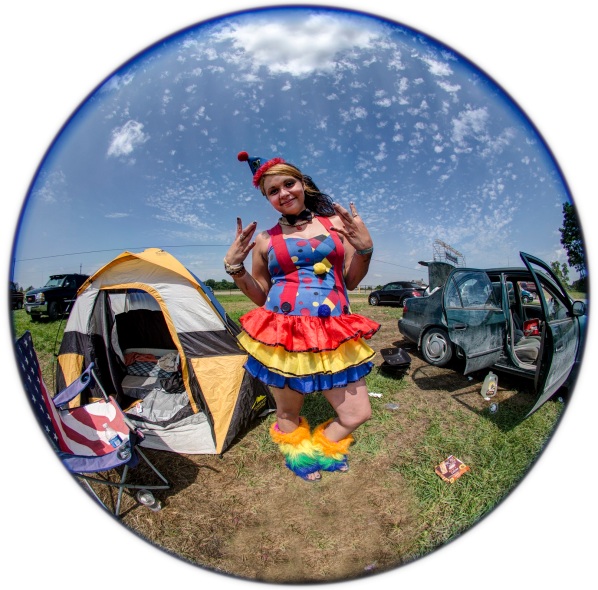 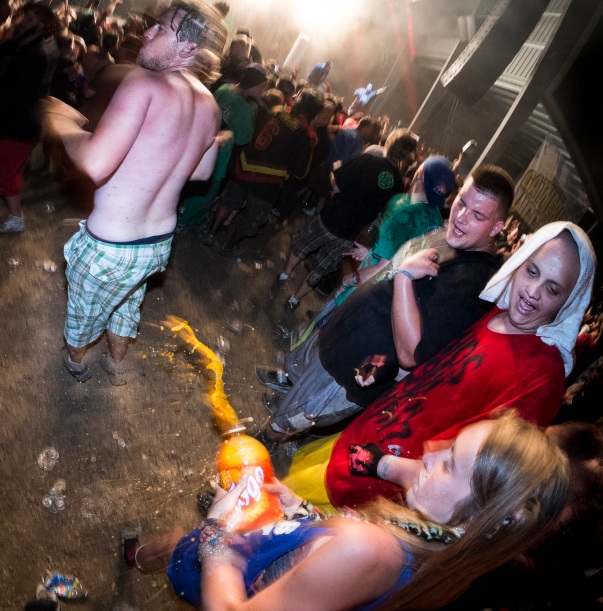 These gals make a living out of tips. I gave them a ‘fiver’ to hold still for me for a few seconds. Should I have tried to beat them out of their livelihood?

Sure, I could have got something candid, but every shot cannot be perfected or even obtained as a candid. Now, I do more than my share of candid work sans payments. Shooting candid is not a problem for me. I hold the world record for how close a photog can get to a subject and still shoot a candid.

The candid shot below was less than a foot away…and I have them going down to 2 or 3 inches away from the subject…all candid. 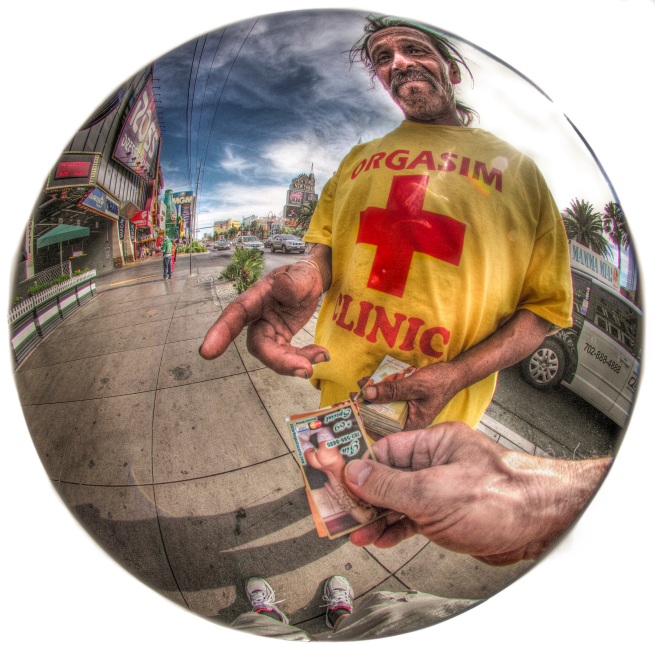 But candid photos cannot always perfect the situation. So sometimes cooperation is needed from the subject and a little money can many time buy cooperation. 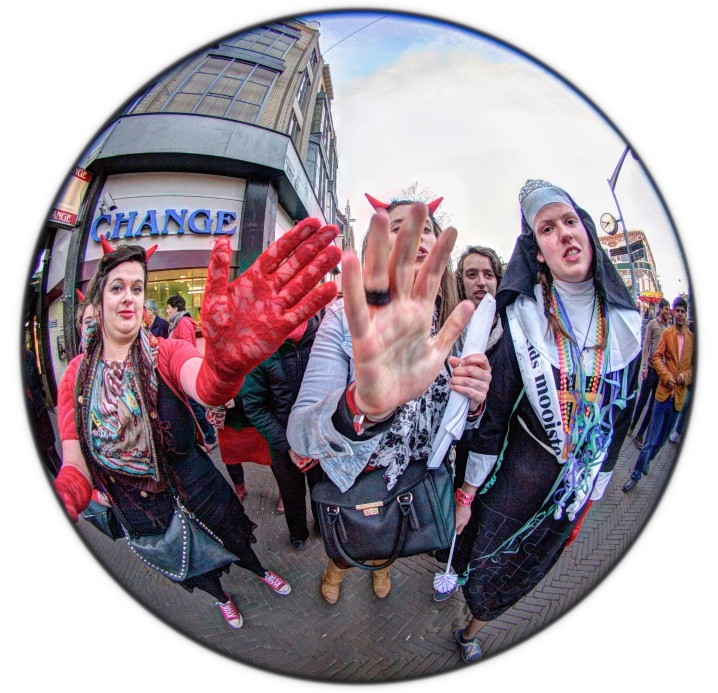 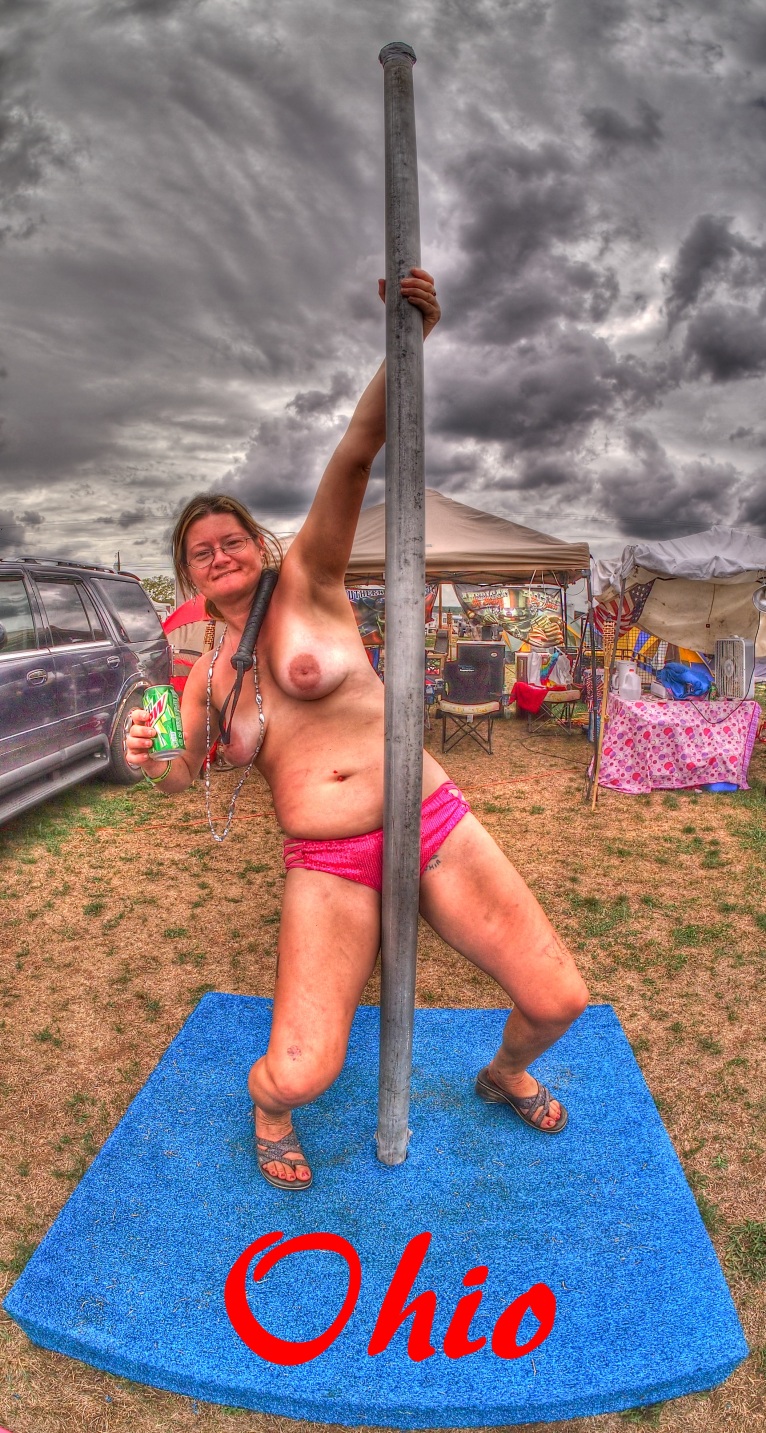 If you cameras fondlers are caught shooting a person and they come up to you and ask for a few bucks, just give them something. You took something from them…they helped you out being your model…now you help them out. If they ask for $, don’t offer to email them a pix of themselves. That is not what they want. If you don’t want to pay, apologize and offer to delete out of courtesy to them.

A gal in Hollywood died over this exact same scenario I am telling you here. She took a pix, refused to pay a $1 tip and got stabbed to death. (I read elsewhere she may have mouthed off and the argument escalated. Don’t add fuel to the fire, delete, apologize, be courteous and keep your mouth shut. Beside guns and knives, ‘mouths’ are another big killer of people.)

Here is the Hierarchy of Documentary Photography, which I have developed.

1. Candid events unfolding as they happen.

This is the most desirable of the hierarchy. It takes special talent to take photos candid. Candid street photography is what separates the men from the boys.

2. If it cannot be perfected or obtained as a candid, then the photo must be posed.

If I did resort to asking a person for the shot, would it be any less real or honest? Well, maybe not as real as an ‘off the cuff, natural moment,’ but it would still be real and factual. What about if they asked me for a couple of bucks to let me shoot them? Any less honest? No…I just had to pay an access fee.

3. If it cannot be perfected or obtained as a posed photo, then it must be staged with the proviso it is a recreation of past events, preferably with the actual persons reenacting the events.

4. Figments of the imagination. Varies in documentary value.  Can be based on pure speculation or a recount of events.

Now, hierarchy or not, there are certain shots that I wont recreate as it misses the whole point of getting the shot.

For instance, one of my projects is shooting candid photos of people yawning.

The other day I saw a busker in diapers and a bib. He opened up with a nice big yawn. I would have loved to add that one to my collection, but just could not get close enough to get the shot in time.  I would never ask him to recreate the yawn for a staged pix with or without a payment. My yawn project is based on getting candid yawns and not in staging phony shots. I just had to suck it up and accept…I can’t get em all.

Photos used for illustration in this post are from the following limited edition artist books by Daniel D. Teoli Jr.

The Americans…60 years after Frank

Peephole: Peering Into the World of 1970’s Hollywood and L.A.

180: The circular fisheye at large!

Gender Benders from the 1970’s