Within a couple of hours of joining the Rangefinder Forum someone PM’d me telling me self-published books ‘don’t count’ – that only commercially published books count.  He then went on to say donating unsolicited photos to museums doesn’t count, that I have no critical reviews, no one-man shows and on and on. He did his best trying to tear me down. He was a photography teacher at an art school. He didn’t give me his name or the school’s name…but I can only hope he was more positive with his students.

Well, I’m used to online critics, especially ones that like to do their evil in private, so it was no big deal for me.

This type of negative thinking is all over the photo forums…especially if you do something different or on a different wavelength.

A camera fondler on one of the forums had asked “Do mistakes count?” 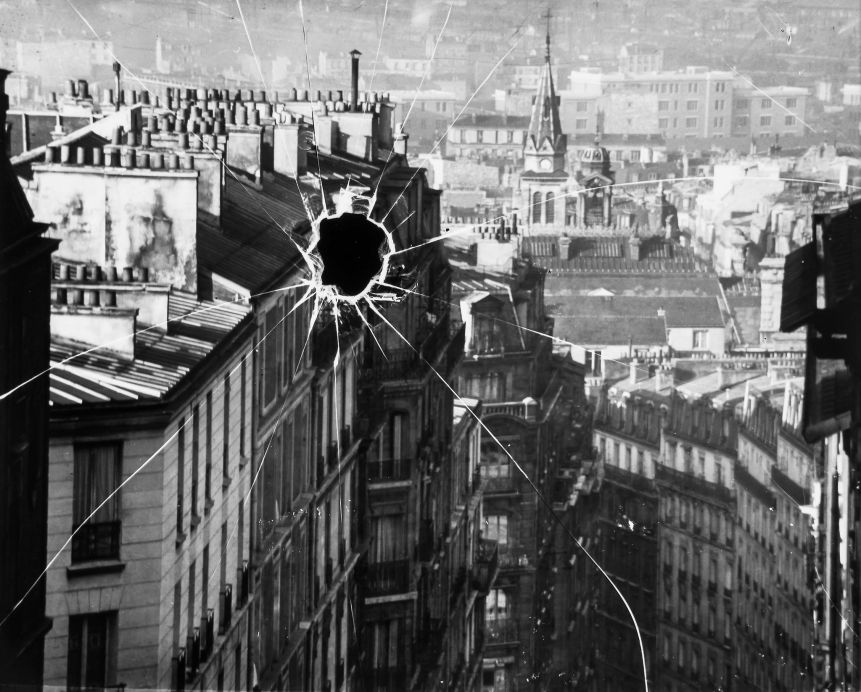 André Kertész gave his verdict on mistakes…the accident that broke his glass plate in the photo above ‘made the photo’ and he was proud of it!

This photograph (actually one similar, since the original was a one-of-a-kind) was the first photograph I had accepted into a museum in the early 1970’s.

The story behind it is an interesting one. I had taken the photograph with a Hasselblad 500CM in the coat room at the company I was working for as a process cameraman. I didn’t like one of the work prints I had made at home, so I trashed it partially processed.

When I was emptying the trash can in my darkroom later that week, I noticed the print of the coat hanger had become solarized. It had also developed an interesting stained patina from the chemicals. So, I pulled it out of the trash and finished processing it. I dry mounted it and put it in my portfolio.

A while later, I was showing some of my prints at the Los Angeles County Museum of Art. (Back in the day, you could actually get the curator on the phone to set an appointment!) The then curator of photography liked the coat hanger photo and it was put in LACMA‘s permanent collection. I was a young kid of 19, so I didn’t tell the curator the story behind it. Nowadays I know better and would not be ashamed of the backstory.

There are many stories in the art world how mistakes turned into masterpieces.

As writer James Campbell (Author of This is the Beat Generation) wrote:  “He’d (Kerouac)  would make a mistake (typing On the Road) and this would lead him off into a possible part of a new paragraph, into a funny riff of some kind.”

Within a few months after I joined Rangefinder Forum the controlling prick that runs things gave me a lifetime ban. It was no great loss getting the boot, very little useful ever comes out of that forum other than your typical camera fondler topics. And in reality it works out better for me as I can read the forum and comment exactly as I want to on my blog without censorship and repercussions.

Always remember, there are no photo police or head photo accountants to say what counts and what does not count. Many times the only thing holding you back from getting that iconic shot is your ego, fear and your pet prejudices.

a limited edition artist’s book by