The decline of job security for the trashman 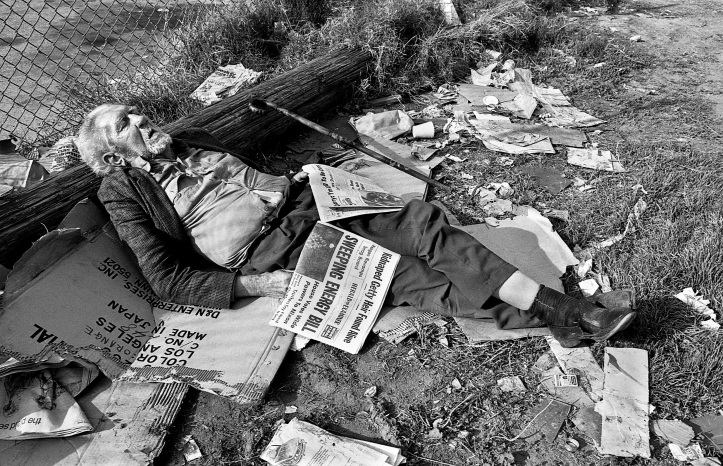 Getty Heir Found December 16, 1973 Los Angeles
.
Selection from On the Street artist’s book by Daniel D. Teoli Jr.
.
When I was a kid growing up in the 60’s we had 3 trashmen working a L.A. trash truck. 1 man to drive and 2 men at the rear loading the trash.
.
The 3 man crew eventually evolved into a 2 man crew…1 to drive and 1 to load.
.
In 2018 our trash pickup is done by a 1 person crew. The driver gets out and loads the trash then gets back in and moves the truck up a few yards, then gets out to load more trash.
.
Now they are working on a self-driving, robot run autonomous trash trucks.
.
Back in the day we used to joke about our harebrained schemes saying…”if things don’t work out you can always get a job as a trash man.” Does not look like there is much job security in trash pick up. Amazing how our world has changed in such a short time.